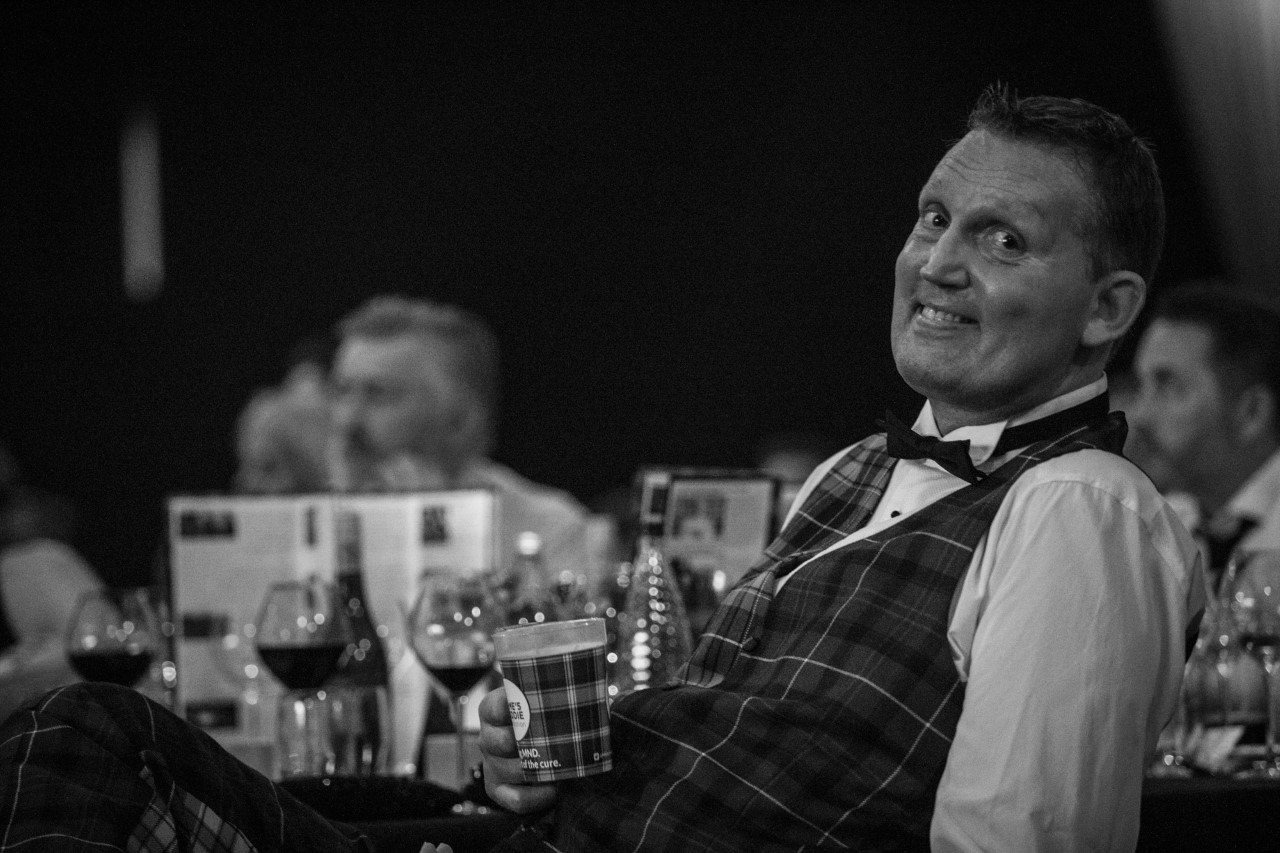 Anyone who knows rugby union will know Doddie Weir.

Earning 61 caps for Scotland during a successful playing career, Weir represented the British and Irish Lions on their successful tour to South Africa in 1997 and won championships with his two clubs, Melrose and Newcastle Falcons.

A talented, committed and athletic lock forward, in June 2017, Doddie announced he was suffering from Motor Neuron Disease.

Despite his own struggle, he focussed his efforts on helping fellow sufferers and made it his mission to find ways to further research into this, as yet, incurable disease.

And in November 2017, he launched the registered charity, My Name’5 Doddie Foundation with the vision to free the world of the disease.

In honour of his services to rugby and motor neurone disease (MND) research, in 2019 Weir received an OBE.

During the summer, My Name’5 Doddie partnered with us to run a huge online auction to raise funds to support Weir’s goals.

The event was run alongside the British Lions tour so the items auctioned and raffled included signed jerseys, a celebrity golf day package, and an international golf day as well as other Lions memorabilia. Famous auctioneer, Jonny Gould supported the event alongside Kenny and Gabby Logan.

And we were thrilled to be asked to run the event and helped them successfully raise around £35,000.

This is just one example of us working with charity partners to raise those all-important funds needed to allow them to continue their necessary work. But we have more than 11 years’ experience in fundraising and have helped businesses and charities fundraise all over the world at events of various sizes. For example, in 2019, we ran more than 300 charity auctions and over the years we’ve raised millions of pounds for charity.

We may be a small team based in Yorkshire but as My Name’5 Doddie discovered, we have the most cost-effective online auction platform available. It is fully customisable and allows businesses and charities to list products for sale and allows users to bid or buy in real-time.

We were the first company to offer an ‘unlimited’ option on our online auction subscription service and My Name’5 Doddie took advantage of this service so we are looking forward to doing more to help raise those all-important funds soon.

If you are interested in running online auctions, get in touch: 01423 531682 or email: hello@sliderstock.com

We may be a small team based in Yorkshire but we don’t just do online auctions.

The variety of events we support with online auctions

With more than 11 years’ experience in fundraising, we have helped businesses and charities fundraise all over the world at events of various sizes.